Odesa is a beautiful city on the Black Sea northwestern coast of Ukraine with nearly 1 100 000 inhabitants. Odesa is situated on terraced hills overlooking Odesa Bay, an inlet of the Black Sea that forms a natural harbor. It is a joyful city, full of humor, with its own dialect, local patriotism and some incongruities. Odesa was founded by Catherine the Great in the 18th century. Odesa abounds in sights, historical streets, fine art museums, charismatic hotels and restaurants. Odesa is the bright image of an outstanding Ukrainian city. Influenced by the humid southern sea climate and specific historical past, all the citizens of Odesa are distinguished by a bright appearance and outstanding character.

Odessa is one of the warmest region in Ukraine with an average daily high temperature of 16 degrees centigrade. The climate is much more unsettled than in central Europe and offers varied seasons with deep winters and warm summers. A beach holiday can also be enjoyed in the warmer season, but water temperatures will not reach much more than 22 °C. Due to the warmer temperatures the best time for traveling is from May to September. Nearly unattractive for tourists are the cold months from November to March. 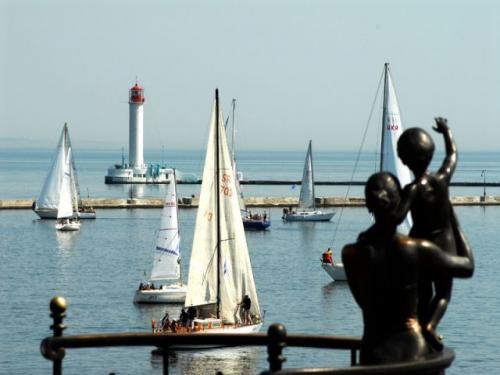 Monument to Wife of a Sailor

The sculpture was erected in 2002 on the territory of Odessa Sea Port and represents a young lady holding a child, who stands on the bars looking into the sea with a hope to see their husband-father-sailor , who went into the blue on a ship. The author of the monument is a Ukrainian sculptor, A.P. Tokarev. 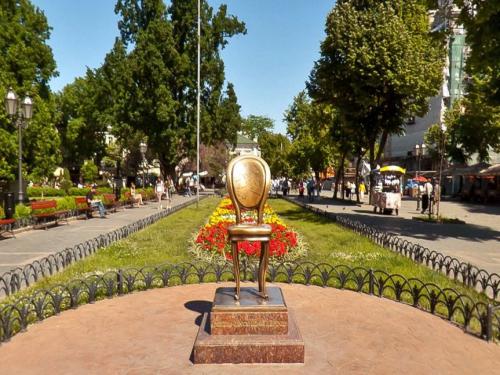 The most famous street in Odesa is Deribasivska Street. It is considered to be the heart of Old Odesa, with shops ranging from the government meat store to a Levi’s outlet. During fair weather, Derybasivska is the best people-watching site, especially if you stop at one of its numerous cafes with outdoor sitting area. The City Park (Gorsad) near Preobrazhenska Street is an art center, where dozens of craftsmen, strollers and musicians sell their art work. 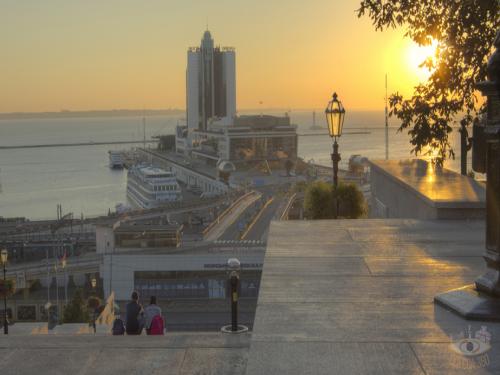 Built in 1837 and being the site of the famous baby carriage scene in Eisenstein’s film “Battleship Potemkin”, the Potemkin Stairs are the best place in the city to view the bay and busy harbors. Walk along the yellow-bricked Prymorsky Boulevard with the monuments to Alexander the First, Soviet generals and a British frigate that grounded off shore during the Crimean War. At the bottom of the steps is the city’s modern sea terminal and convention center. At the Prymorsky Boulevard’s west end there is a historical governor’s palace. Count Vorontsov built a Grecian colonnade that overlooks the harbor and provides a find view of the bay. 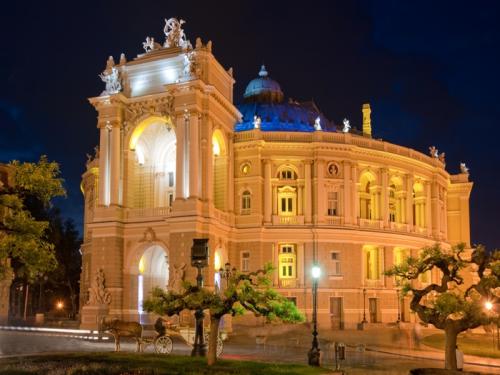 The existence of the theater in Odesa began from the first days of the city’s foundation. The city claimed its right to build the theater in 1804 that was completed in 1809. On February 10, 1810, the first performance at Odesa Opera and Ballet Theater took place. Unfortunately, in 1873 the old building of the theater burned completely and its restoration was out of the question. It was suggested that famous Viennese architects Felner and Helmer draw up a draft of a new city theater. Grand opening of the newy reconstructed theater took place on October 1, 1887. The reason for its horseshoe shape is the 20 emergency exits arranged around the auditorium so that in case of fire everyone has relatively the same distance to the exists and enough space to get out. The interior of this impressive structure, that can be compared with Milan’s La Scala and Moscow’s Bolshoy Theater as far as its historical value is concerned, is richly decorated in Louis XVI style. The theater possesses a unique hall with excellent acoustics, a luxurious lobby, a truly royal staircase and mirrors. You can admire both the exterior and interior of the theater for hours. The central portico is crowned with a picturesque sculpture group representing the goddess of theater, whose chariot is pulled by four panthers. Below the sculpture you can see two large groups that personally dance and perform music.

The theater once echoed with concerts conducted by Peter Tschaikovsky and ballets featuring Anna Pavlova. Odesa was visited by the most prominent musicians of the world, such as Ferenz Liszt, Rimsky-Korsakov, Rakhmaninov and other masters of classical music, who gave brilliant concerts here. The Odesa Opera and Ballet Theater is one of the best in Europe and in a way resembles architectural ensemble of the Vienna Opera House. 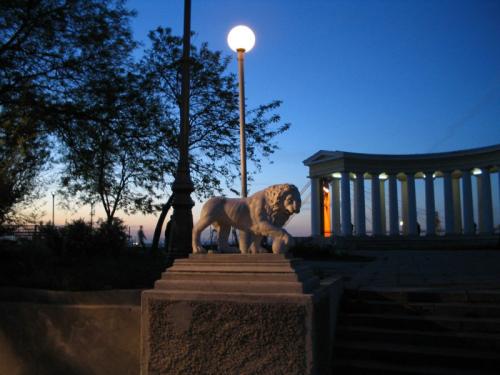 Next to the palace is the Teshchin Mist, a footbridge built over a gorge by a Communist functionary in the 1950s either so his mother-in-law could visit him more easily or so she would not have an excuse to stay overnight, depending on which version of the story you choose to believe. The bridge is a traditional sight where newlyweds have their pictures taken. 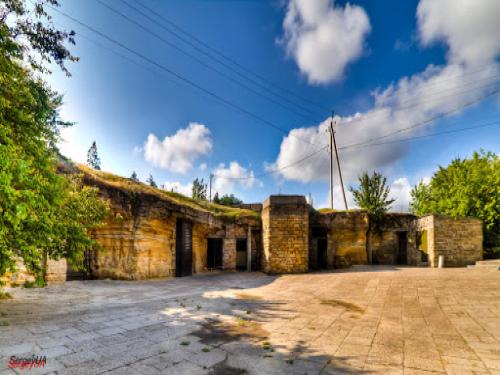 More than 400 km of catacombs are buried beneath Odesa. Both partisans and smugglers have used them over the years, and the part of the catacombs that resistance fighters used in 1941 is open to the public. Located some 35 km outside of town , the partisan catacomb bus leaves daily (as of this writing) from the bus kiosk across Volzhynsky street from the train station at 10 a.m. , except weekend. An easier way to find the bus is to ask at the information window in the train station.

Monument to Duke (Duke) de Richelieu in Odessa is a full-length bronze monument dedicated to Armand Emmanuel du Plessis, Duke de Richelieu, opened in 1828. It is the the first monument erected in Odessa and it is located in the very heart of Odesa city , facing Potemkin Steps and the sea.

Duke De Richelieu participated in assault on Ismail, and five years later settled in the region of the modern Odesa for a long time. In 1803 Richelieu became a mayor of Odesa, and then, in 1805 he occupied a position of governor-general of Odesa uptill 1814. Citizens of Odesa called him "our Duke" and considered him the founder of the city, although Odesa as a city had been actually established 8 year earlier. With the efforts of the new mayor, the city becase a major commercial port on the Black Sea coast of the Empire.

When the Bourbons regained the throne in France, Duke De Richelieu moved back to France, where he became prime minister in the government of Louis the XVIII. He lived in France till his death in 1822. Having received the sad news from Paris about the death of Richelieu, Count Langeron appealed to the citizens of the city to start collecting funds for the construction of the monument, that would be dedicated to the Duke. Count M.S.Vorontsov, who entered the post of Novorossiysk Governor-General in May 1823, requested famous sculptor I.P. Martos to become the sculptor of the monument. He became one of the last creations of this outstanding Russian master.

The monument , that follows the classicism style,  represent a bronze statue of Duke De Richelieu wearing a Roman toga and holding a scroll in his hand with three brass high-reliefs symbolizing agriculture, trade and justice.  The sculpture and high reliefs were cast in bronze by the famous sculptor, V. P. Ekimov in St. Petersburg. The pedestal of the monument was worked out by Russian architects A. I. Melnikov and F. K. Boffo. The size of the figure is slightly larger than natural. The base of the pedestal is a stylobate in the form of a truncated pyramid made of local limestone with four granite steps. 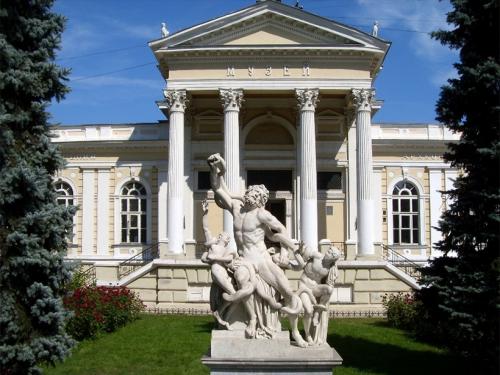 It is established in 1875 - it was the first museum of its kind in the former Russian Empire. There are more than 160 000 exhibits. They are the basis of one of the largest collection of information sources about ancient history of Northern Black Sea region. The museum possesses rich collection of archaeological relics of primitive and classical culture, relics of ancient Egypt, Ancient Greece and Rome, besides there is a large and valuable collection of coins and medals. The best antique sculptures are exhibited in the vestibule of the building, specially built for the museum in 1883. The exhibits, represented in the first and second halls, belonged to the huge period: from the appearance of the first men to the second millennium B.C. The highlight is the Gold Room, which has jewelry & coins from early Black Sea civilizations, including the 1st Slavic coins of St. Volodymyr (10th century AD). 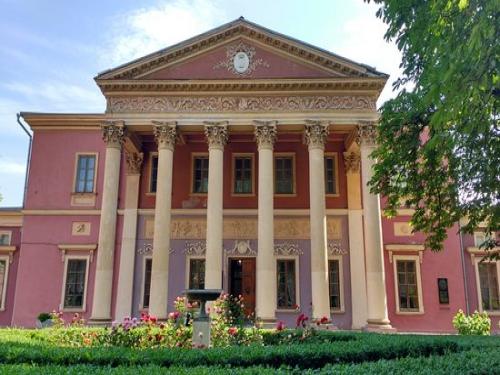 Russian and Ukrainian art is well covered in the Art Museum that is located in one of the most beautiful Palaces of Odessa - Pototskih Palace. Its maze of over 15 rooms on 2 floors has treasures, which run from 15th century Russian icons, classical works onwards to the works by the contemporary Odesa artists, developing both the realistic and avant-garde trends. The exposition represents paintings by I. Aivazovasky, O. Sarasov, I. Kramskoi, I. Repin, M. Vrubel. 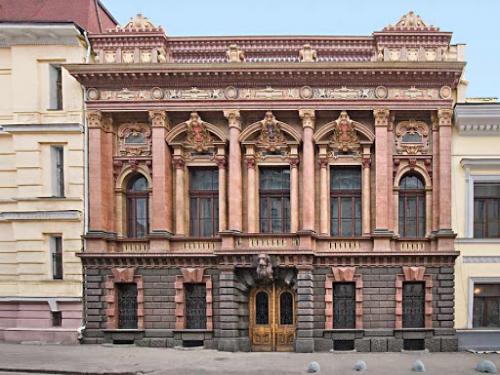 The museum was set up in 1977 in the Palace of Counts Gagarins. The palace, built on the design of the architect L.Otton, in late 19-th, was later donated to the Odessa Literature and Theatrical Association. The collection of Museum amounts to 40,000 exhibits. It represents the works by Ukrainian, Russian, Polish, Jewish, Bulgarian writers.

Uspenskiy Cathedral is definitely one of the must sees while visiting Odessa. Inside the Uspensky Cathedral you will enjoy fully an exciting excursion and observation of ancient icons. Construction of the Cathedral in honor of the Assumption of the Virgin started in 1855. In those times it was one of the biggest temples in the whole former Russian Emporium. The height of it’s bell-tower is about 56 m. and it’s size allows to encompass about 5,000 persons. It has the Upper and Lower temples. The Cathedral holds the main heritage of the orthodox south-part of Ukraine – the Kasper Icon of the Virgin. In times of severe war years the Cathedral was the asylum for many religious people of Odesa. 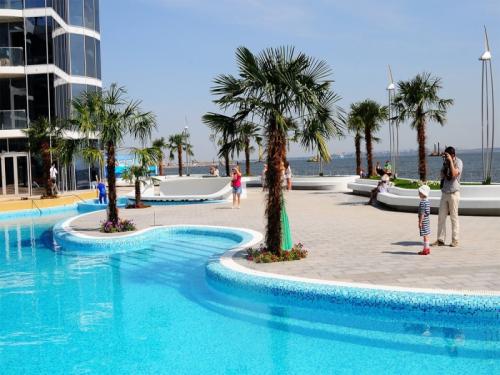 Lanzheron Beach is one of the most popular places for recreation in Odesa. This beach is located right next to the biggest and most beautiful parks of Odesa, Shevchenko Park, within 25 minutes walk from the historical center of the city. Lanzheron beach has a very picturesque embankment area with palm trees, fountain, cosy benches and fantastic night lights. There is dolphinarium "Nemo" located right nearby. The location is full of restaurants, night clubs, cafes. Infrastructure of the Lanzheron Beach area is well designed to guarantee comfortable recreation for the whole family, as there are playgrounds for children, a swimming pool and various water slides. Lanzheron is followed by a line of wonderful beaches , that align the sea coast all the way upto Arcadia Resort area, wherefamous Ibiza Beach and Night Club is located. Above the sea , between the Lanzheron and the Arcadia there is a so called "Highway of Health" - a long and wide pedestrial road, designed for doing sports and recreation. 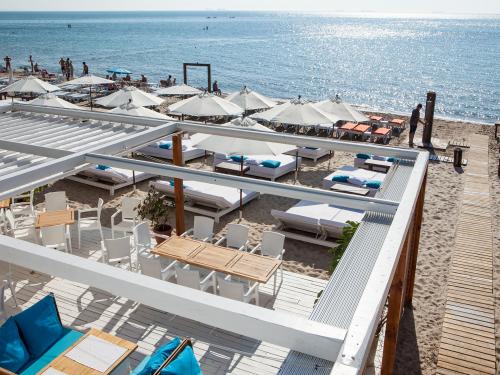 Otrada is located right next to Lanzheron and is one of the most cozy beaches in Odessa. It is indeed a beloved place of visit both by the citizens of the city and the guests. Otrada region is very quiet and is located right near French Boulevard, connected to the beach area by a authentic cable road. The sea is clean and warm, the beach is sandy and has a rather good and developed infrastructure. The beach recreation zones are supplied with sun beds, umbrellas, showers, changing cabins, toilets. During the high season the beach can be crowded. 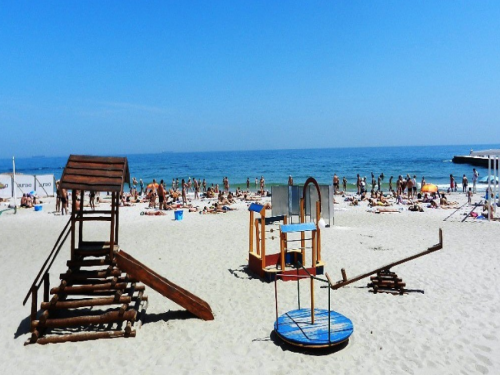 Arcadia Beach together with Otrada and Lanzheron belongs to top three city locations for recreation near the city. Arcadia has a well developped infrustructure with lots of hotels, restaurants, entertainment centers, lunaparks, luxurous beach areas like "Ibiza" where famous singers perform from time to time, free public beaches and even "Hawai" Aquapark. Arcadia is indeed considered to be Odesa's business card. All the summer through you can hear disco and concert music. Arcadia Beaches in high season are overcrowded. If you are searching for a more quiet area, it is better to go to Otrada area or seek a location by the sea out of the city limits.